On the 26th-30th June 2017 a group of 13, including leaders, travelled to 1652 country in England to stay at Rookhow centre. The aim of the trip was to learn about how Quakerism came into being and how George Fox spread the message.

The morning of the first day was spent at Lancaster Castle and Gaol learning about the suffering and hardships endured by early Friends, including George Fox. Later that day we travelled to Clitheroe Meeting House and listened to a talk from Ben Pink Dandelion on George Fox and the early Quakers. We spent the afternoon climbing Pendle Hill where George Fox famously worshipped and received the message from God of a people waiting to be gathered. We returned to Rookhow exhausted but exhilarated from the adventures of the day.

Wednesday morning was spent at Brigflatts where the warden spoke to us about the Meeting House and George Fox’s association with it. Firbank Fell was close by, and we stood in the spot where Fox ministered to a crowd of 1,000 people over the course of three hours. The next stop was Kendal, where we observed the Quaker Tapestry and were able to dress up in Quaker costumes of the day. We had some free time in Kendal to explore the town and sample the famous Kendal mint cake. Afterwards we went for dinner in an Italian restaurant. We all went back to Rookhow that night full and contented. 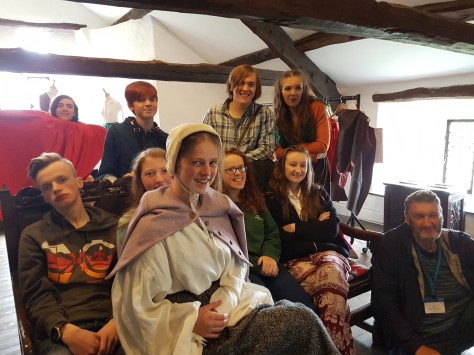 The last day of activities was more relaxed. The morning was spent at Swarthmoor Hall. The Irish Friend in residence gave us a guided tour, and another opportunity for dressing up in Quaker costumes presented itself. We were also able to look around the nearby Meeting House, which is the only one gifted to Friends by George Fox. We joined some local Friends for Meeting for Worship, and lunch afterwards. Our last afternoon at Rookhow was spent building a camp fire in the woods surrounding the Centre.

Over the trip we deepened our knowledge of our Quaker roots, connected with each other and rekindled our inward light. We would like to thank our Youth Coordinator, Carolyn Ritchie, for organising this incredible and unforgettable experience. We would also like to acknowledge the generous gift given by the Robert and Kezia Stanley Chapman Trust which made the trip accessible to all.
In Friendship, Young Friends 1652 Trip

On the 30th of July 2015, I headed to America with nine other Young Friends and three leaders for an eighteen day pilgrimage to America.  I wanted to challenge myself both physically and mentally, to see if I could live up to the service project’s needs and to talk to lots of new people. The theme of our pilgrimage was “Faith in Action”.

We arrived in Newark airport and travelled to Albany in upstate New York and stayed in Powell House, a Quaker retreat centre. We spent three days adjusting to the new time zone, bonding with our group and the other American Young Friends who were staying there at the time. During our discussions on our Yearly Meetings, our American Friends expressed a great deal of frustration at how ineffectual they perceived their JYM to be and how they felt their voices were not heard in New York YM.  Our intention is to invite representatives from their group to visit our JYM to see what we do as we feel our structure works well.  We did work around the area with them, worshipped on a hill overlooking the Hudson valley at sunset with them, swam in a lake with them and even showed them a terrible Irish movie!  Our group also visited a Quaker Intentional Community (a community that was deliberately set up around Quaker values rather than one that formed spontaneously). I thought it was an awesome idea where people were really close to each other but open to alternatives ideas and beliefs. They built their own homes and grew some of their own food. We helped with various bits and pieces around the community such as chopping logs.  We had meeting for worship at Old Chatham Meeting House, where we ate a potluck lunch, and then made our way to New York.

We stayed in Brooklyn Friends’ Meeting House, and took part in an organised volunteer programme, Youth Service Opportunity Project (YSOP), an organisation founded by the Quakers in Manhattan. We were split into two groups and did a mix of work.  This included working in a food pantry, soup kitchens, working in a garden and even working with kids who had a parent or parents in prison. It made me wonder about the value of prison – in the act of punishing a criminal you may also be punishing their child who is innocent.  YSOP also organised a night where we made and served a meal for some women from a local homeless shelter.  We got to chat with these people, which was nice as it was harder to do so at the other places we worked at.  It was hard, yet fun work and I felt very tired after getting up at half-past six every day! As the building was being used for other groups and activities, we had to be out of the building from early in the morning until late in the evening – a typical problem for homeless people using shelters! It was very inspiring work that all these  organisations were doing.

On the Friday, we went to the Quaker United Nations Office.  We learned how they use their very informal setting (armchairs and sofas) to hold meetings between parties in conflict. Afterwards we explored New York and at the end of the day we went to watch a play (the Curious Incident of the Dog in the Night-time)at Broadway. 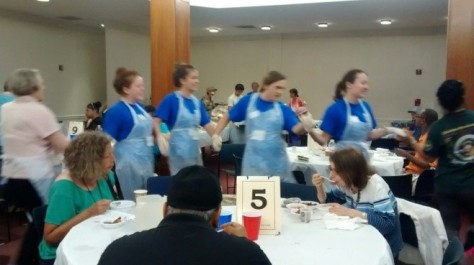 We took a bus to Philidelphia and were brought to the John Woolman Memorial House by some local Quakers from Philadelphia Yearly Meeting. We toured around the house and learned about John Woolman who was a famous Quaker emancipist. We then ate some pizza and played some games outside.  We stayed in Burlington Conference Centre which had great showers, air conditioning and a games room where we spent a lot of time playing pool.   Our previous lodgings did not have AC and as the temperatures were in the 40s (degrees centigrade) we could really empathise with people who were too poor to install or run air conditioning or even have a place where they could get out of the heat.  We arrived in time for the Burlington Festival of Light where boats were decorated with lights and went down the river and which was followed by a fireworks display.  On Sunday we attended Arch Street Meeting and talked with other Young Friends there. 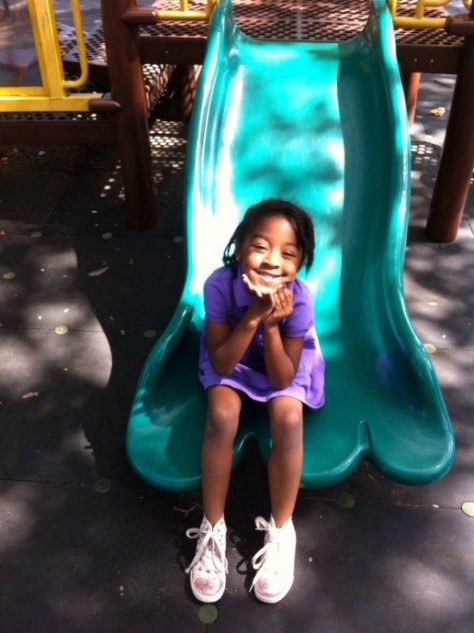 We took a long journey by bus to Greensboro in North Carolina. Upon arrival, we were whisked away to our wonderful host families. Liam Phelan and I stayed with the Mitchell family, who provided us with amazing food and a homely feel.  We had lots of things planned for us. We learned a lot about American Quakers and more about Quaker history.  We were also brought to other places such as a Civil Rights museum and a science centre, and did some fun activities like a pool party. Friendship Friends Meeting had us for a potluck meal and then some of them explained how a Conservative Meeting works. We also attended First Friends meeting which, being a programmed meeting, was a big change.  It was a fascinating experience to see these different ways of Quakerism. We also went to places that were involved in helping the homeless. The one that was based at First Friends Meeting House employed a points system to allow people to select whatever groceries they wanted up to twenty points with each item being allocated a certain number of points. It made me realise that one of the struggles of being homeless/hungry is the lack of choice of what you eat each day (ie someone else chooses your menu each day).

After returning home on the 18th of August, I recalled the fundraising events we had and am grateful to all the people who fundraised on my behalf, donated money and set up funds from which we were able to obtain grants.  The experience was very eye-opening into the world of homelessness, and also into the American culture and the ways of Quakers in America. I also bonded with the people I journeyed with and formed long-lasting friendships.

The epistle of the US Volunteer Pilgrimage 2015 can be read here >> Epistle 2 Irish Young Friends Volunteering Pilgrimage USA 2015. 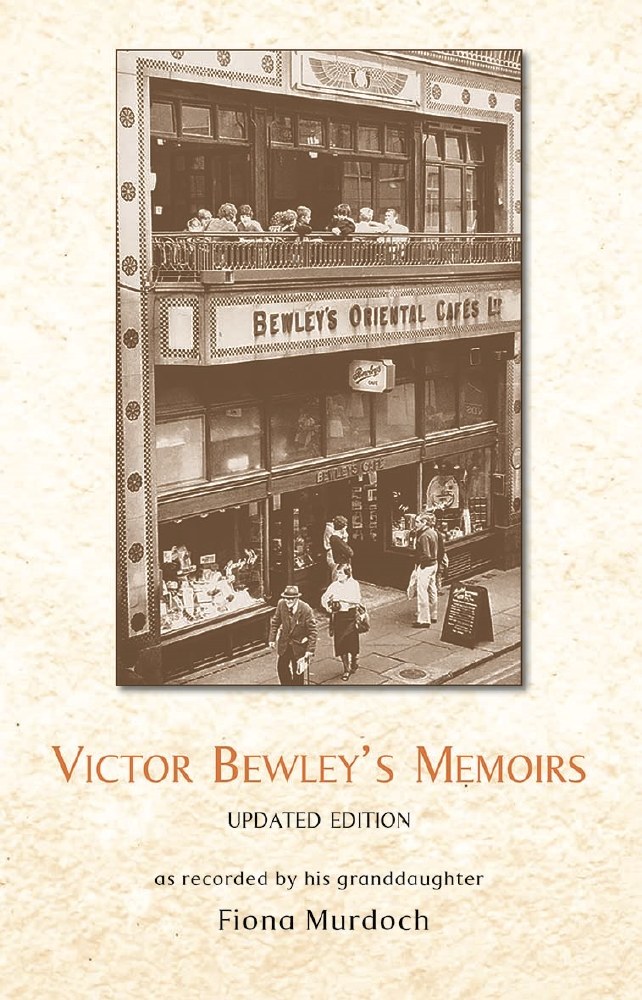