Ireland Yearly Meeting 2016 challenged Friends to consider the question “Who is my neighbour?”

The quotation from Quaker Life and Practice which underpinned the theme further probed participants – “How can we, such a small insignificant group of people as the Society of Friends help to stem the tide of evil and hate, and greed and fear that is so wide-spread in the world today?”  (C Winifred Lamb, c.1954, QL&P 4.13).

Such a topical theme was very welcome, and it was addressed throughout the three days in the business sessions, interest groups and public lecture.

Marisa Johnson, Executive Secretary of the Europe and Middle East section of Friends World Committee for Consultation, presented the Ministry and Oversight session on the first evening with the intriguing title ‘The Gift of Conflict’.

Will Haire of South Belfast Meeting delivered the public lecture titled ‘Who is my neighbour? What is our testimony on inclusion?’

Andrew Lane from the Quaker Council for European Affairs addressed the question ‘Who is my Neighbour in Europe?’ and there were several speakers on the topic of homelessness in Ireland.

IYM agreed to publish a statement on homelessness, and to write letters to politicians and to newspapers both sides of the border, calling for the provision of good quality social housing.

IYM also made a resolution to become “as sustainable as possible”, with each Meeting asked to prepare a sustainability plan before the end of the year.  A commitment was also made to develop an investment strategy by January 2017 to ethically invest all funds within Yearly Meeting in sustainable and peaceful companies, and to divest from destructive industries, including fossil fuels. 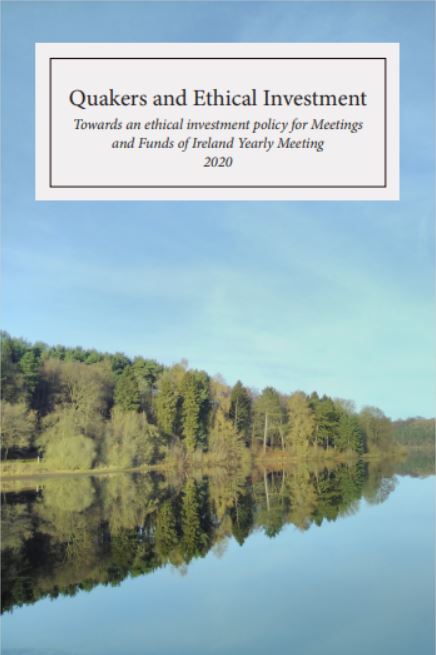