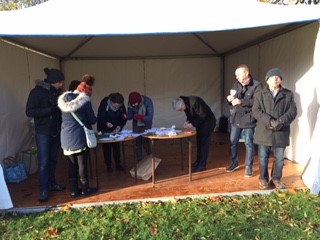 There were two major events during 1916 in Ireland. The first was the Easter Rising, a rebellion against British imperial rule. The second was the battle of the Somme in which 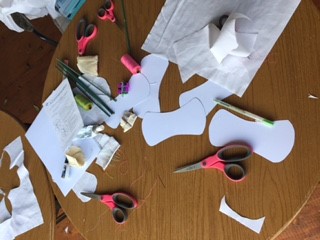 thousands of individuals from this island were killed and injured in a war caused by German and British conflict. This indicates an area of uncertainty and confusion in Irish 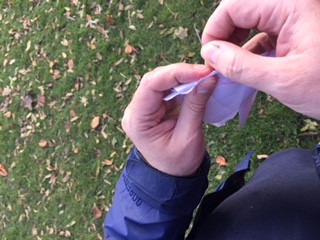 cultural self-perception, different from that of other countries engaged in the 1914-18 war. 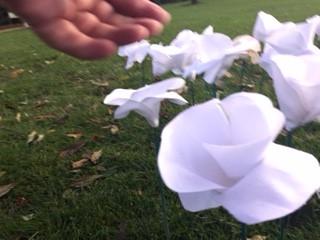 a means of commemorating the individual worth everyone injured or killed in violence, with particular focus on the Somme and the Easter Rising. 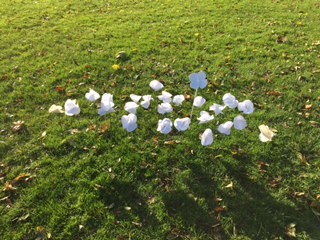 November we set up a small marquee in one of the main public parklands in Dublin – Merrion Square. We invited anyone walking by to come and make a white poppy, then 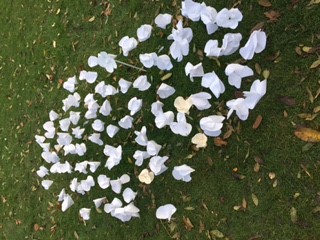 to plant it. 101 poppies were planted during the initiative, which took place the day after the 100-year anniversary of the end of the battle of the Somme (18th November 1916). 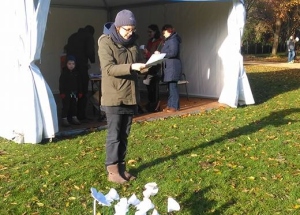 During the day we had readings in French, English and the original and powerful text of All Quiet on the Western Front. There was also a poem in French by Louis Aragon. We ended the day by 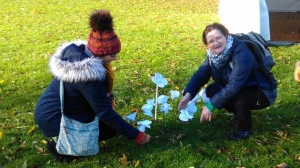 formally laying down each poppy, then standing in a circle around them and reading the 1661 Peace Testimony. We then finished with a couple of minutes’ 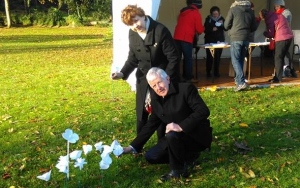 This event was deeply emotional for many people whose grandparents had been in the Somme. It created a sense of shared concern – everyone had the same intention and similar recollections. A public event in which each participated for the same purpose gave collective strength to each person. 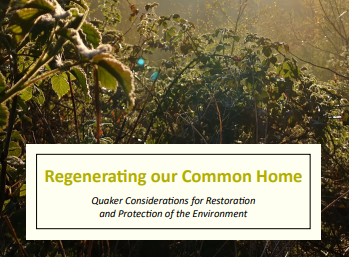